In this article, you will get all information regarding Darius Slayton’s leaping catch sets up Giants touchdown 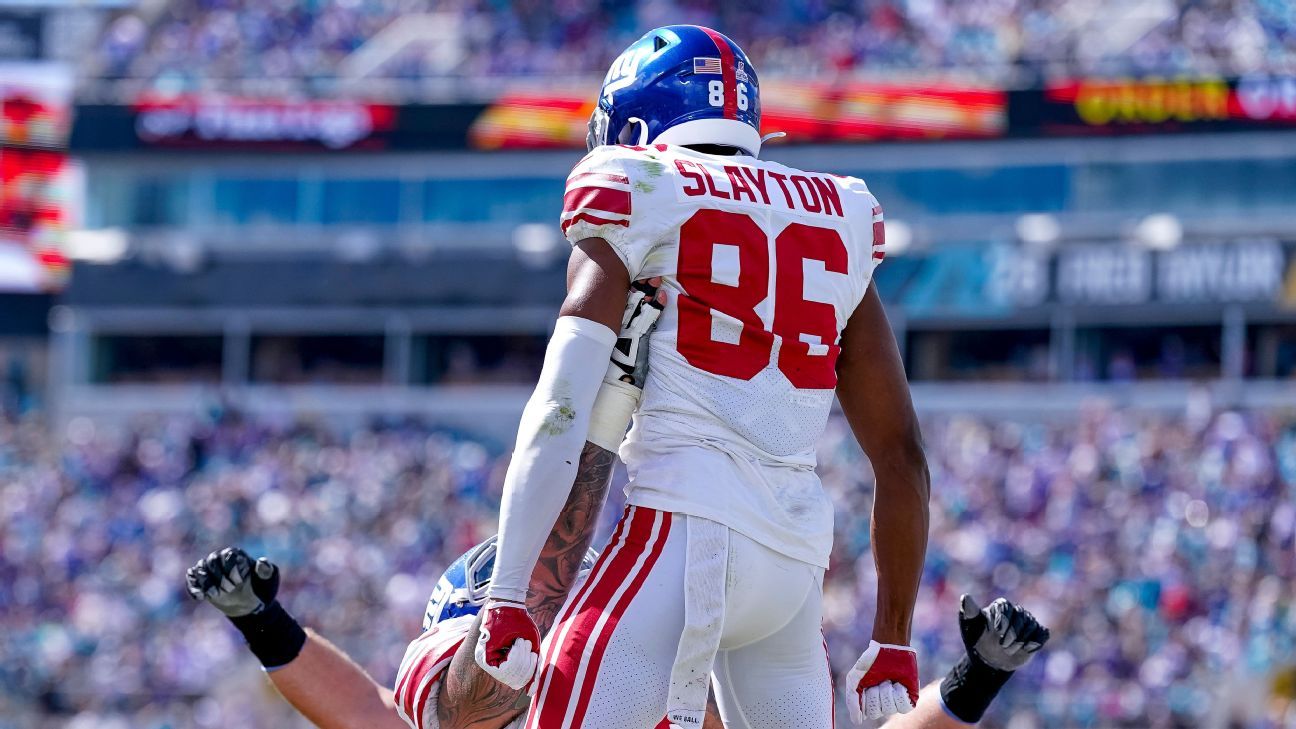 DALLAS — The New York Giants took a 10-7 lead over the Dallas Cowboys early in the second quarter thanks to an acrobatic leaping grab by wide receiver Darius Slayton at AT&T Stadium.

Quarterback Daniel Jones launched a pass 52.5 yards down the right sideline, per NextGen Stats data. Slayton jumped directly over cornerback Anthony Brown on a second-and-4 near midfield for a spectacular 44-yard catch at the Dallas 1-yard line.

OHHHH WHAT A CATCH!!!

Two plays after Slayton’s catch, running back Saquon Barkley rumbled up the middle for a 1-yard score. It gave the Giants a three-point lead at 9:28 of the second quarter.

SAQUON PUNCHES IT IN 😤

Slayton’s catch was the Giants’ first completion of 40-plus air yards this season, per ESPN Stats & Information research. Their first such attempt came in the first quarter when Jones and Slayton failed to convert on a similar play down the right sideline. The Cowboys didn’t allow a pass play of 20 yards last week in a 40-3 win over the Minnesota Vikings.