In this article, you will get all information regarding Northern California church holds multicultural Advent celebration with Indigenous hymns, Mexican pageant 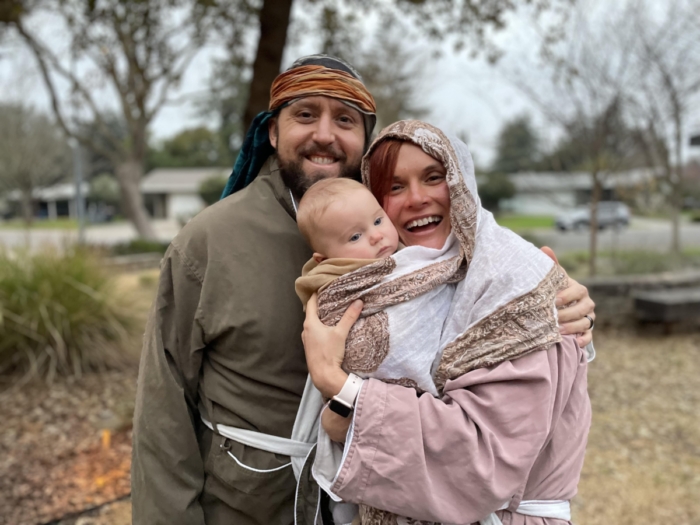 [Episcopal News Service] While most Advent lessons and carols services feature familiar selections from the same repertoire, the Episcopal Church of St. Martin in Davis, California, has done something intentionally unfamiliar this year: performing hymns in Spanish and Indigenous languages.

The service on Dec. 18 was followed by a celebration of Las Posadas, a Mexican Advent tradition that reenacts Mary and Joseph’s search for a place to stay, which the Diocese of Northern California congregation first did last year. It’s all part of an effort to “create new ways of looking at Advent,” said choir director Suzanne Jubenville.

The whole experience is a way of “providing additional themes of hospitality, spiritual journey, persistence, radical welcome, etc., but also … acknowledging our debt to the Indigenous people whose land we occupy,” Jubenville told Episcopal News Service.

In addition to some “musically reassuring” Advent favorites, the choir performed “Xicochi conetzintle,” a Mexican Christmas lullaby in the Nahuatl (Aztec) language; “Hanacpachap cusicuinnen,” a processional song in the Quechua (Inca) language dedicated to Mary that is used during Advent and Christmas in Peru; and a well-known Spanish Catalonian carol, “Riu, Riu Chiu.”

Jubenville, who holds a doctorate in musicology and a master’s degree in choral conducting, had come across the pieces during her years of study and performance and thought they would work well together, helping the congregation connect to California’s Latin American heritage as a former Spanish and Mexican colony.

However, “I wasn’t satisfied without a California Indigenous connection, so I researched and found a Mono Paiute song that welcomes the first snow of winter,” Jubenville added.

“This was a complete surprise to me when Suzanne suggested this,” the Rev. Pamela Dolan, rector, told ENS. “I didn’t know that these resources were even available, honestly. And when I saw her first draft of the bulletin, I thought, ‘This is really special. This is really different than anything I’ve seen before.’”

Jubenville was inspired by the Las Posadas celebration the year before, which had been suggested by church operations director Gabe Avila as “something that we’ve never done before and that a lot of people here would be familiar with in California,” Dolan said.

In Mexico, Las Posadas is celebrated from Dec. 16-24. Each night, a couple dressed as Mary and Joseph, accompanied by angels and musicians, go to different houses in town searching for shelter and are turned away. The night usually ends with festivities like Christmas carols and star-shaped piñatas.

St. Martin’s celebration is a much smaller, one-day event. Joseph and Mary – played by a couple from the parish – knocked on two doors on the church campus before being welcomed into the parish hall, followed by a party. It was a success because it was both kid-friendly and relatively COVID-safe, since it was largely outdoors, Dolan said.

“[We were] not having a lot of in-person worship even in 2021 because of just the way our community is here,” Dolan said. “And we were especially struggling with things to do for kids, as many of our younger children were unvaccinated and their parents were just being extra careful.

“It was just a little innovation thinking – like, let’s try to get outside and do some things that are different because we’re trying to adapt, and then people loved it.”

That spirit of creative thinking inspired Jubenville to bring more multicultural celebrations into the mix, drawing on other existing practices at the church.

“Each Sunday at St. Martin’s, we pray the Lord’s Prayer in Spanish and in English, not because we have so many Spanish speakers that it is necessary but as a ritual statement of inclusion,” she said. “We also, every Sunday, acknowledge our indebtedness to the Patwin people, who lived on this land first. … I thought an Advent lessons and carols service that is centered around the concept of the ‘posada’ or holy journey, that included Indigenous voices, would be a very St. Martin’s thing – a real statement of who we are.”

For the past few years, the parish has been hosting a lecture series called Seeds of Justice, learning about the Indigenous experience in California through the lens of land cultivation and creation care.

“So it didn’t feel like this was just a one-off, where we were showing off that our choir could learn new languages,” Dolan said. “[But] I know they’ve been working really hard!”

– Egan Millard is an assistant editor and reporter for Episcopal News Service. He can be reached at emillard@episcopalchurch.org.