In this article, you will get all information regarding Royal Family leaves fans baffled with new family photo on Christmas 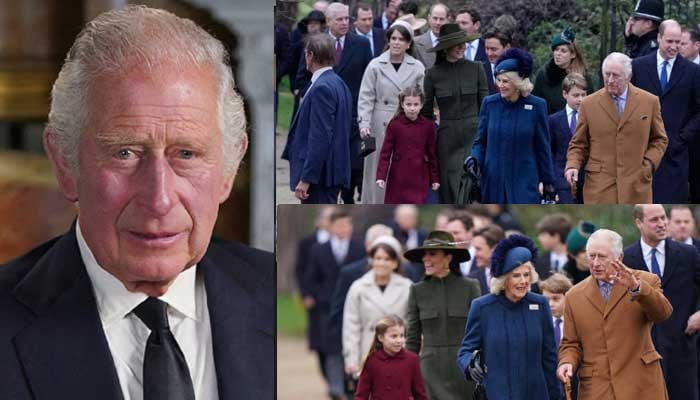 Almost all senior members of the royal family appeared together on Christmas Day to show off unity under the new head, King Charles III.

Royal Family also shared a brand new photo of King Charles, Camilla, Prince William, Kate Middleton, and other members of the family heading to church for the Christmas Day service.

The new photo has left some eagle-eyed royal fans confused as they found something unusual in the new family photo.

They noticed that only new ‘Feb Four’ (Charles, Camilla, William and Kate) were noticeably conspicuous figures in the picture and others, including Prince Andrew – who also attend the service – was blurred or kept hidden from the public eyes in the meaningful post.

A new image was shared on the official Instagram page for King Charles and Queen Camilla, showing the couple arriving at St Mary Magdalene Church in Norfolk for a Christmas Day service on Sunday.

Reacting to the photo, which attracted applause from the majority of royal fans, some questioned that why Prince Andrew and some other family members’ faces were blurred or not as conspicuous as those of King Charles, Camilla, Prince William, Kate Middleton and their kids in the snap.